How to Live a Longer and More Fulfilling Life 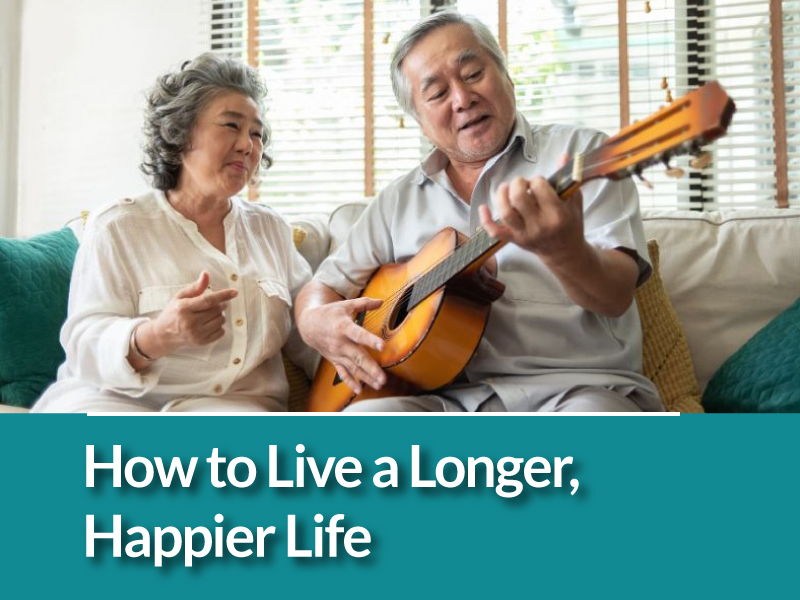 What exactly is a legacy?

Scientific studies have proven people can live about seven years longer if they refuse to “buy in” to the common misconception that tells them that getting older has to mean life is over. According to research conducted by Becca Levy at Yale University’s School for Public Health, a pervasive (even subconscious) negative stereotype regarding aging has a demonstrable effect on long-term health outcomes. In the study, participants, all 50 and older, were separated into two groups. One group was exposed to subliminal, positive messages about aging, while the other group was not. The results were incredible: participants in the second group—people who were otherwise equal on health, educational and socioeconomic factors—showed greater declines in a variety of areas than their peers who were in the first group. These declines were evident in physiological symptoms, like shakier hands and poorer memory retention, higher rates of cardiac disease and more difficulty recovering from disability. There were also behavioral symptoms such as a greater propensity for unhealthy eating, a more sedentary lifestyle and an unwillingness to follow dosage instructions for age-related prescription medications. The net result? A median difference in survival rate of 7.5 years. That’s staggering!

So how can we extend our lives? Tune out the negative. Focus on the positive. Instead of using the word “old,” substitute “wise,” “mature,” “seasoned” and “experienced.” Think about it: in most cultures, elders are typically revered for their accumulation of knowledge and experience. Even those who haven’t accomplished much of special merit exhibit a time-tested combination of cultivated skills and experiential wisdom that rightly inspires humility in younger people (who do well to capitalize on their insights). So, almost by default, age demands more than a modicum of respect.

With the right information and mindset, people can learn how to approach one’s later years with optimism and determination, recognizing that no one ever has to lose their cultural edge. After all, people are living longer, healthier lives every day, all over the world. A huge part of why aging seems to come upon people suddenly and overwhelmingly is because people don’t take the steps early on that will give them the best possible chance of living long, healthy and meaningful lives.

Consider the aging process with a healthy mixture of acceptance and enthusiasm. This mind shift leads people to live meaningful (and often longer) lives. Known as the chronologically gifted, these people regard their age as a gift, the seal of a lifelong journey for which they are profoundly grateful. It’s a journey that began at birth and one they hope to continue through a personal legacy that immortalizes them in the memories of others. Facing their own mortality, the chronologically gifted are determined to live with significance, passion, and purpose in the here and now.